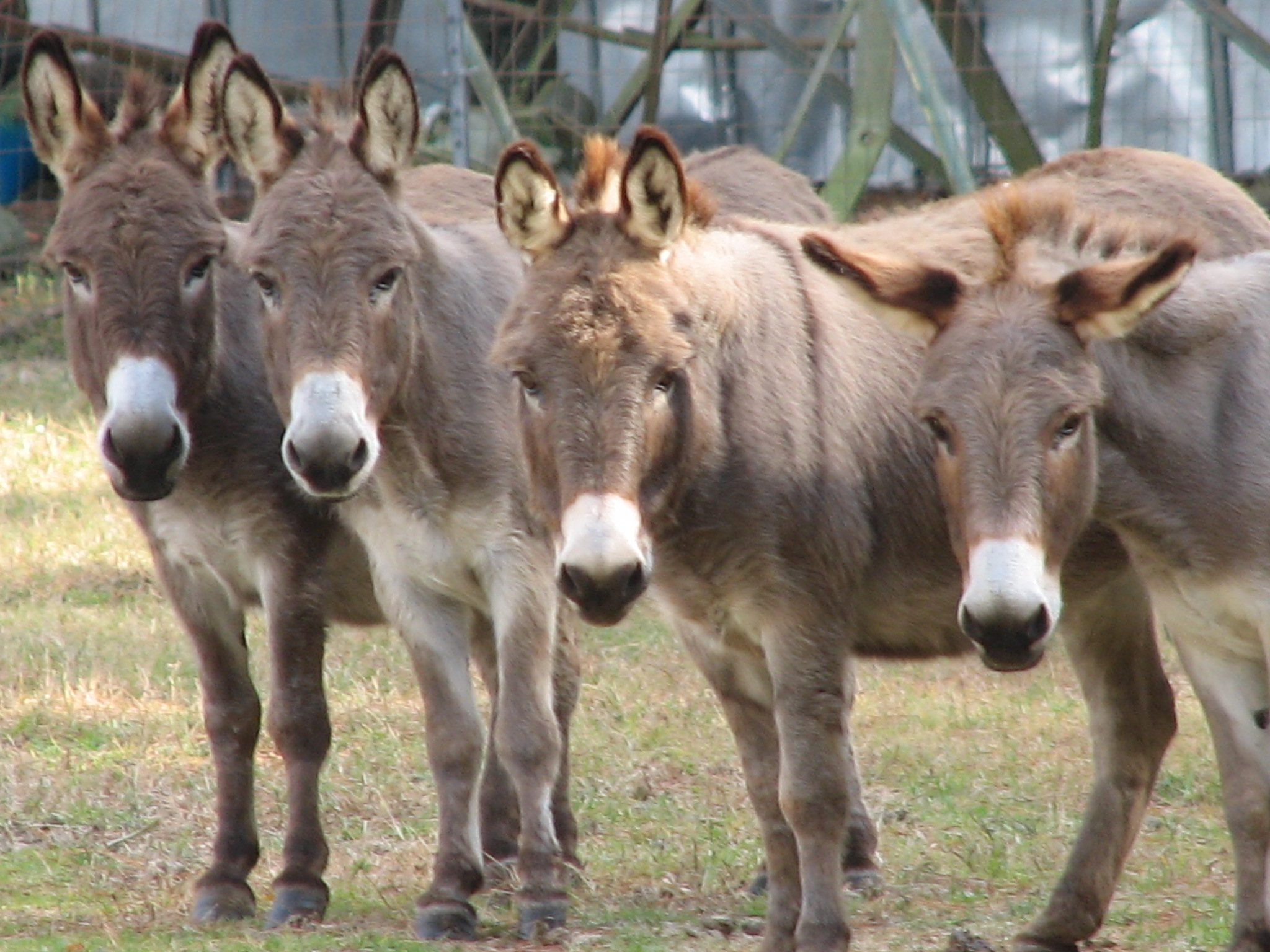 Range:World-wide. The true wild ass if found only in northern Africa. They have been domesticated for centuries, and it is generally accepted that donkeys were domesticated on the shores of the Mediterranean Sea.

Features:Smaller than a horse and mostly gray in color but colors vary depending on breed. Resemble horse and are characterized by their large head, long ears, and cow like tail. They have long narrow hooves that are designed for sure-footedness, not for speed.

Size:Donkeys vary considerably in size, depending on breed.

Diet:As herbivores, donkeys feed mainly on grasses and sedges. They may feed up to 20 hours a day.

Reproduction:While different species of the Equidae family can interbreed, offspring are almost always sterile. Jennies are pregnant for approximately 12 months, and usually give birth to one foal.

Interesting Facts:
The animal considered to be its wild ancestor is the African Wild Ass, also E. asinus.
A male donkey or ass is called a jack, a female a jenny, and offspring less than one year old, a foal (male: colt, female filly).
There are 9 breeds of domesticated donkeys.
They can carry up to 200 pounds at a time and were used to build the great pyramids.
Donkeys can go for long periods of time without drinking. In fact, they can lose up to 30% of their body weight in water. They can regain all the water they lost after only 5 minutes of drinking.
The tough digestive system allows them to eat rough vegetation that most animals would find inedible.
They live in areas where food can be scarce, so they space out and use their loud braying calls to communicate with each other.
Can be used as guard animals for protecting livestock.
If a male donkey is bred to a female horse the offspring is called a mule.