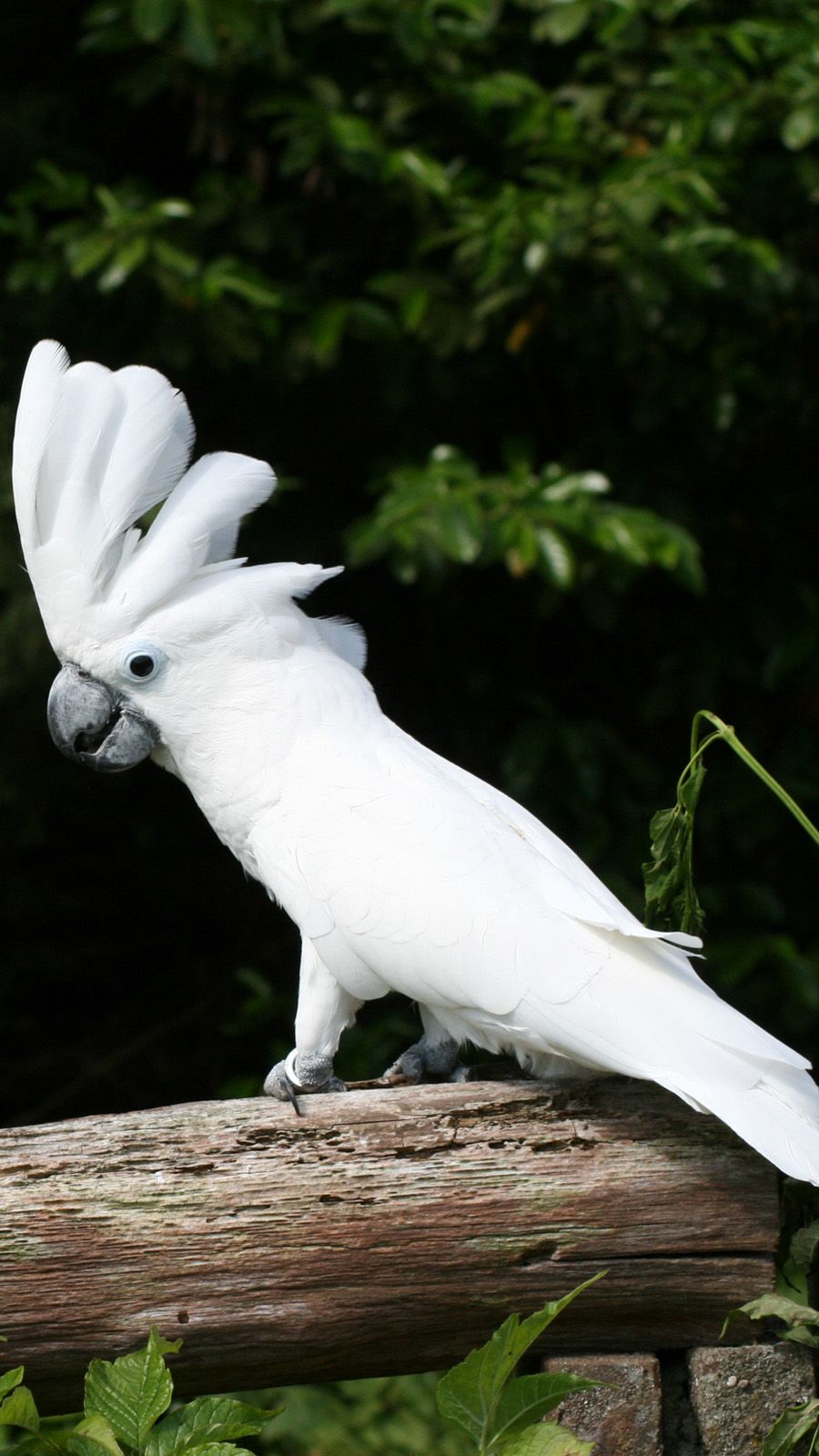 The white cockatoo is one of the largest species of cockatoo. Its feathers are white, with a white crest and a bright yellow patch at the inner side of the wings. It has a black bill and grey feet. Around the eye is a small blue circle of skin. Males have black eyes, young umbrella cockatoos and females have brown eyes.

These cockatoos, like many species of parrots, are highly affected by deforestation and illegal harvesting for the pet trade.

White cockatoos are extremely bright and inquisitive birds. They have been documented using tools, such as using a branch to scratch their backs

Cockatoos are nomadic in their movements, traveling in small groups or huge flocks to areas with an abundant food supply, often in connection with the seasons. They fly by day only, feeding and resting before returning to their home roosts for the night. Some birds roost in a nest or tree hollow, others in the thick foliage of a tree.

Courtship starts with the male showing off his body by ruffling his feathers, spreading his tail feathers, extending his wings, and erecting his crest and dancing. Once he earns the attention of the female, they then scratch each other around the head and tail. This serves to strengthen the bond between the two birds. Adults that have previously mated successfully have a much shorter courtship ritual, and the female often approaches the male.

What you can do: Watch your purchases- purchase from companies that support rain-forest conservation and local economies!