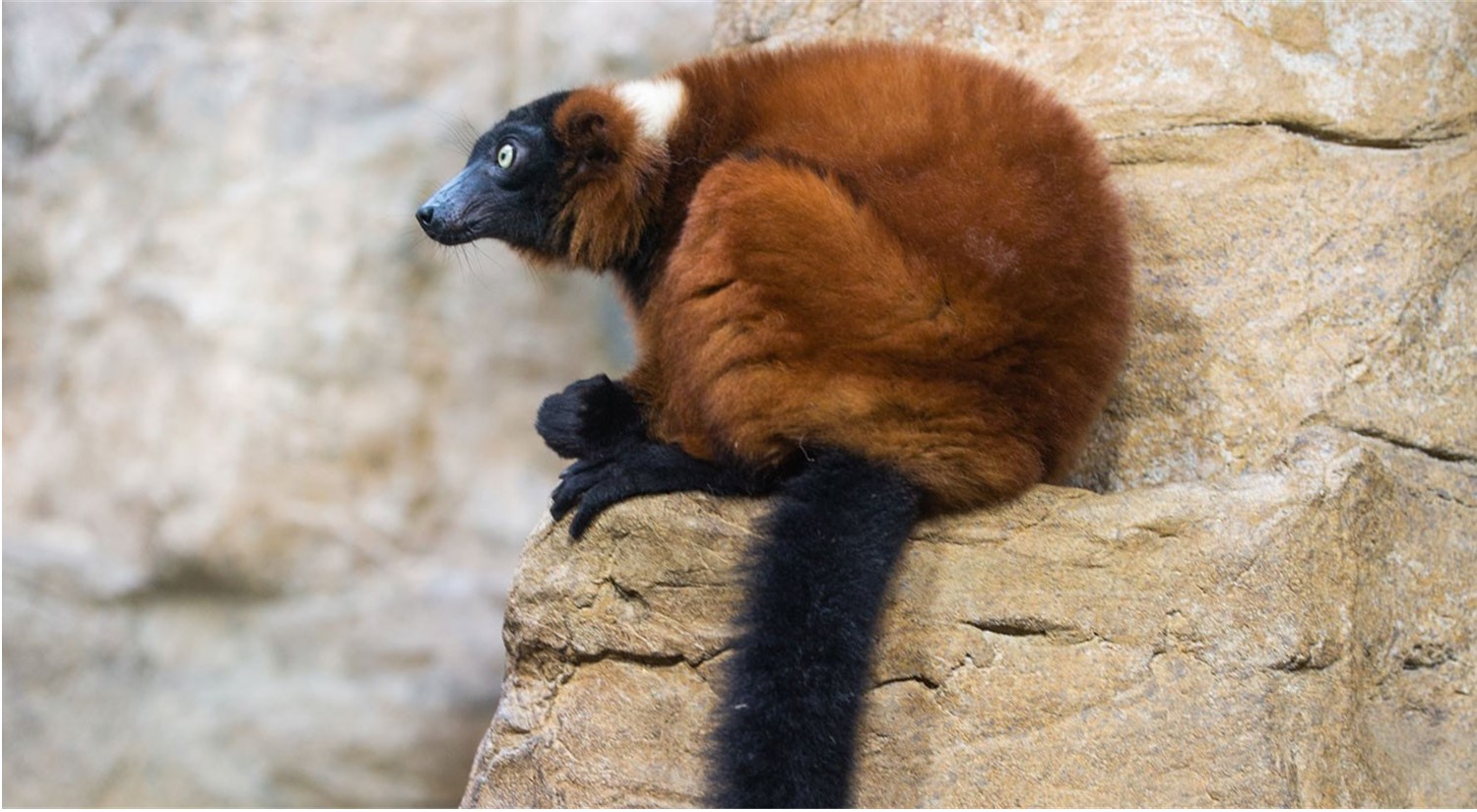 The red ruffed lemur is one of two species in the genus Varcia, the other being the white ruffed lemur. This Madagascar native gets its name from its rust red hair that covers the majority of its body excluding the extremities, face, and tail which are typically black and a patch of which fur on the nape of the neck. Red ruffs are primarily frugivorous and in the wild they can be found in the crown of trees where they have access to plenty of fruit, flowers and young leaves to feed on.  Red ruffed lemurs can live up to 15 years in the wild (19 years in captivity), grow up to 22 inches, and have an average weight between 7 and 8 pounds, the red ruff is the largest in its family. They also have unique bottom teeth that form a toothcomb and a specialized claw on their second toe used to brush their wooly coat.

As previously stated, the red ruffed lemur is native to Madagascar, more specifically a small geographic range in northeastern Madagascar. Due largely to the destruction of this habitat, red ruffed lemurs are considered critically endangered with an estimated 1,000- 10,000 remaining in the wild. The creation of Masoala National Park in 1997 has led to better protection of these lemurs.