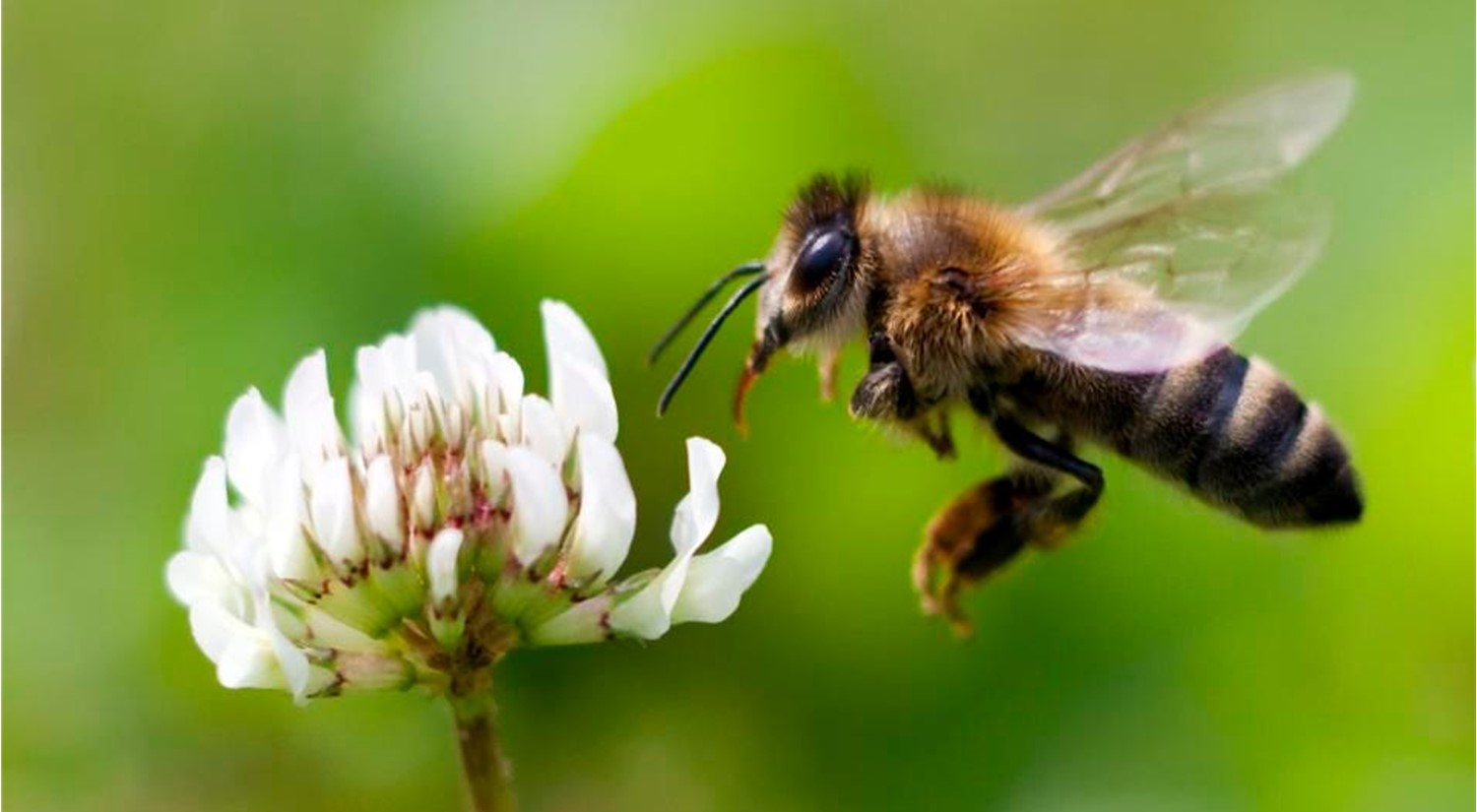 Honeybees are highly social insects that live in large colonies of up to 60,000 members. A hive is home to three 'classes' of honeybees, each of which has its own specific job:

The worker bees (all sterile females) do all the work in the hive. They build the honeycomb, gather nectar and pollen, make the honey, feed it to the queen and drones, care for the young, and guard and clean the hive. Most bees in the hive are workers.

The male drones do nothing but mate with the queen. (No comments, please…)

Honeybees keep their community going with a complex system of behaviors, many of which are controlled by special hormones known as pheromones. The queen secretes a pheromone called "queen substance" that prevents the other females from breeding. As the queen ages or dies, or if the hive gets too large, the amount of queen substance in the hive decreases. Then several female larvae are fed a special "royal jelly" that allows them to develop into new queens.

The first new queen that develops usually kills her rivals. She then goes on a mating flight and returns to the colony to rule.

The queen lays her eggs in the cells of the honeycomb. After they hatch, the young grubs are fed on "bee milk" produced by the workers. Soon they are ready to feed on the honey stored in the hive.

Bees communicate information about where food is found by dancing. The round dance indicates only that the food is close by… the tail-wagging dance announces both a direction and distance.

Bees gather pollen from plants to make their honey. But it isn't only bees that benefit from this—so do the plants and, in many cases, humans. Bees are by far the most important pollinator of our food crops, ensuring the plants produce fruit and seeds. They pollinate nearly $10 billion worth of crops in the United States each year.

Some farmers raise their own bees; others hire beekeepers to truck their hives to their fields. The beehives are unloaded and placed near the crop needing pollination. Within a few days or a few weeks, the insects finish pollinating the crops. Then the bees are put back on the truck for a trip to another field.

In addition to their work as pollinators, honeybees are also important producers of beeswax and honey.

So if you eat honey, apples, oranges, strawberries, zucchini or most other fruits and vegetables—or like to burn beeswax candles—thank a honeybee!

Honeybees have gotten an unfair reputation as vicious stinging insects. But unlike the more aggressive "yellowjacket" and other look-a-like wasps, the brown-and-yellow fuzzy honeybee is a very mild-mannered insect and rarely stings humans.

As with wasps and ants, only female bees can sting. And stinging is far harder on the bee than on its human victim. A honeybee dies after stinging: her stinger is barbed, so the entire stinging apparatus is ripped from her body after she stings.

Honeybees are not native to America. Europeans brought them to this continent in the 1600's.