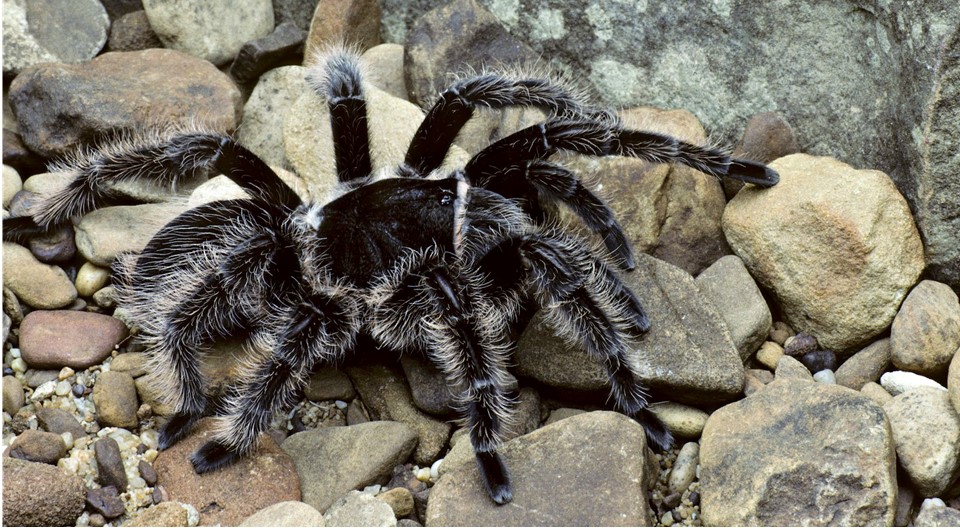 The curlyhair tarantula’s name derives from the unique, curly hairs on its plump body. It has an undercoat of dark-brown to black hairs, and longer golden hairs that give it a shaggy look. There are specialized hairs on the butt of these tarantulas that are used as a defense mechanism. When in danger, they will use their hind legs to kick these hairs off of their abdomen and onto a predator. It can cause blindness if it comes into contact with eyes, and will irritate any skin it lands on. One sign of a stressed out curlyhair tarantula is a bare butt.

In the past, the curlyhair was taken from the wild in large numbers but has since become so abundant in the pet trade that they are actively bred in captivity. These tarantulas are the most common to be found in the pet trade due to their very docile nature. While they do possess venom, which is specialized to paralyze and liquefy its prey, they rarely bite and are not fatal to humans unless an allergic reaction occurs. Their main prey is insects, but they are known to eat small vertebrates as well, since they are opportunistic ambushers.

They are found in Central America, from Honduras to Costa Rica, in tropical scrubland. They are terrestrial animals, living solely on land. Since they are a burrowing species, they never had to adapt to heights and consequently can suffer fatally if they were to climb and fall, having the potential to split open their large abdomen.