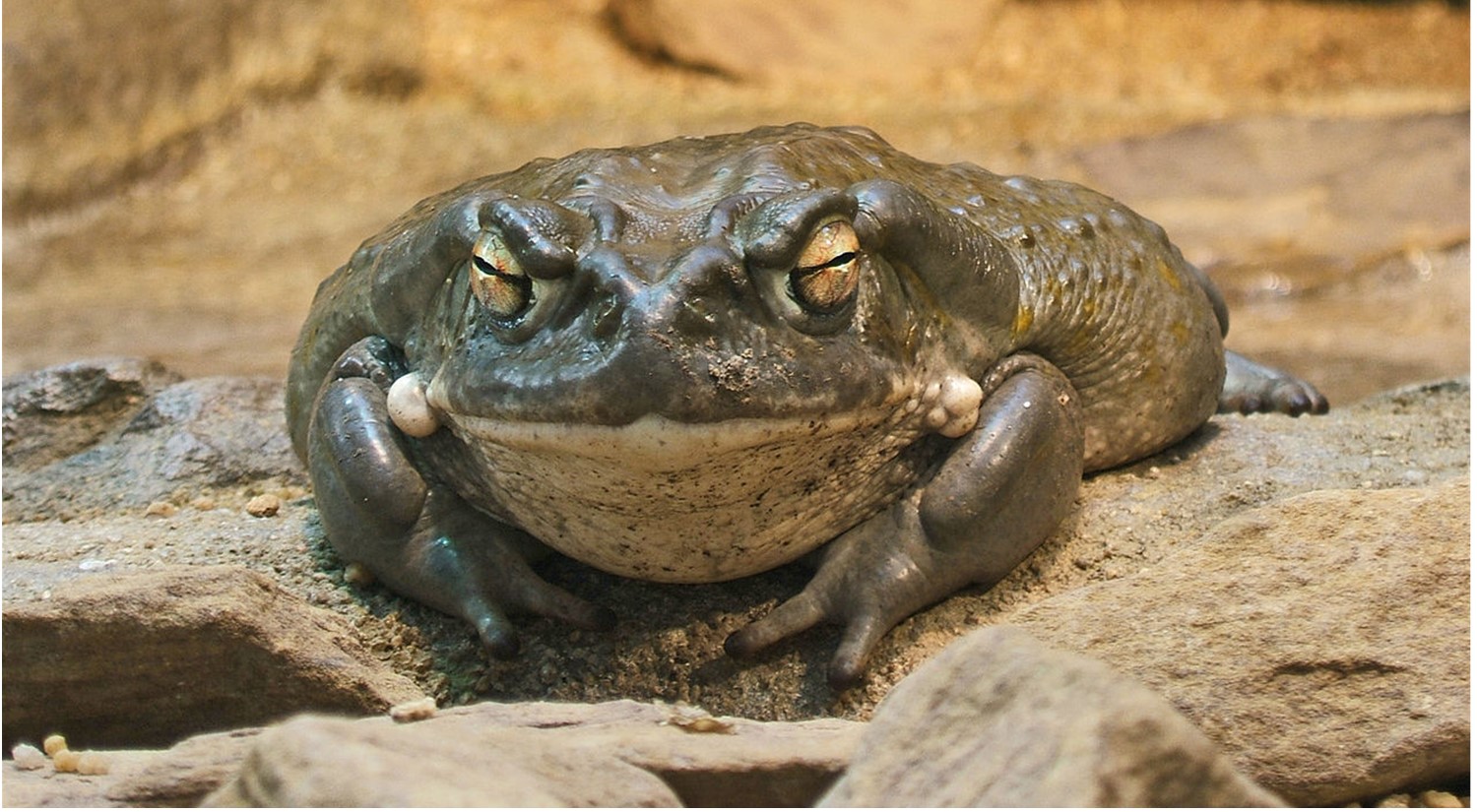 The Colorado River Toad, also referred to as the Sonoran Desert Toad, is the largest native species of toad that can be found in the United States. They are located only in the southwestern United States and northwestern Mexico. It’s name comes from being found along the lower Colorado River and Gila river, and they can inhabit both semi-arid habitats and deserts. They are generally found near water, due to acquiring the majority of their water intake from osmotic absorption through the skin on the underbelly.

These animals also require water to lay their eggs, thus forcing them to follow the rain. It’s during these seasons that they are the most active throughout the year, spending most of the rest of their time in rodent burrows. They will hide in burrows during the day and come out at night to hunt, making them nocturnal. They have a broad diet, mainly eating whatever they can manage to fit in their mouth, including various insects, arachnids, small mammals, small reptiles, and even other toads.

Despite being toads, the adults have rather uniformly smooth skin with large warts only on the legs and near the face. At the corner of the mouth is a large white gland, known as a parotoid gland, that secretes a toxin. This toxin is potent enough to be known to paralyze and kill animals as large as a full-grown dog after coming into contact with these glands. In humans the consumption of these chemicals is also toxic, but when smoked can cause a psychoactive episode. The use of these toads for their toxins is strictly illegal and punishable by law.