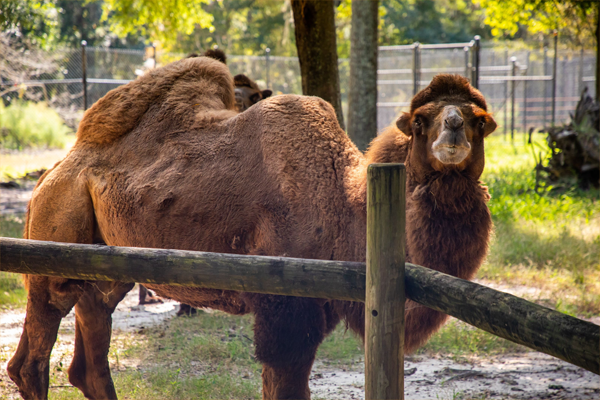 The Chehaw Park Authority was created by the Georgia Legislature in April, 1979 to operate and manage Chehaw Park and Zoo. This board consists of nine members that are appointed by the Board of Commissioners of the City of Albany, Dougherty County, and Lee County. The Authority is considered a “public corporation and instrumentality of the State of Georgia” that is responsible for the operation, maintenance, and expansion of the Park. Although the Authority holds title, the property is only to be used for the benefit of the public and for governmental purposes. It meets at Chehaw on the third Monday of every month in an open meeting setting.

Parker Webb Douglas is a native of Albany and a graduate of Deerfield-Windsor School. She attended the University of Georgia, where she received her Bachelor’s degree in Fashion Merchandising from the College of Family and Consumer Sciences. After college, Parker returned to Albany and worked in real estate, where she gained a greater understanding of what it means to work and build a life in the city of Albany. She, her husband Rob, and their two children are firmly rooted in the community. Parker remains committed to making life better for all of Albany’s residents.

A native Albanian, Tommy Gregors has served as Executive Director of Thronateeska Heritage Center since 2002, Flint RiverQuarium since 2013, and Chehaw Park & Zoo since 2019. Prior to his employment at Thronateeska, he worked for the Georgia Wildlife Federation as Special Projects Manager. Tommy is a member of the board of directors for the Albany Convention and Visitors Bureau, the Southwest Georgia Chapter of Quail Forever, and the Georgia Wildlife Federation. He also serves on the Albany Citizens Transportation Committee, the Georgia Department of Community Affairs CDBG Citizens Advisory Committee, and the Albany Chamber of Commerce Military Affairs Committee. Tommy is married to his wife Sandy, who is the Albany Visitor Center Manager.

Named the Director of Chehaw Park & Zoo in 2020, Morgan Burnette blends her passion for wildlife with leadership in providing excellent guest experiences. She has worked at Chehaw in a variety of roles since 2010. A native Albanian, Morgan happily returned to her much-loved hometown after graduating from Valdosta State University with a bachelor's degree in communication and an emphasis in public relations. Morgan is passionate about serving her community and strives to make a difference any way she can. She is involved with Dougherty County Rotary, Albany Convention & Visitors Bureau, Leadership Albany, and co-founded a nonprofit called Happy Trails of SOWEGA. She enjoys spending her free time in nature with her daughter Bennett and her dogs and horses. Morgan is enthusiastic about the opportunities for Chehaw and the potential benefits to the community through the avenue of the Artesian Alliance.

Jackie Entz Shores serves as the Director of Education for the Artesian Alliance. In this role, she oversees and coordinates all education staff and programming for the Alliance. Jackie was previously employed at the Center for Wildlife Education at Georgia Southern University in Statesboro, where she also earned her Master of Science degree. In addition, she holds a Bachelor of Science in Biology from Georgia Southwestern University. Jackie is excited about the joint educational opportunities that lie ahead for the Artesian Alliance.

As the Director of Living Collections, Samantha works with curators at both Chehaw Park & Zoo and the Flint RiverQuarium to create a consistent and high standard of care and welfare for all animals managed by the Artesian Alliance. She earned a Bachelor of Science in Zoology and a Bachelor of Science in Environmental Biology from Marshall University and an Associate of Science in Zoo Animal Technology from Santa Fe Community College. Samantha previously worked as a zookeeper at the Lubee Bat Conservancy and Jacksonville Zoo & Gardens before arriving at Chehaw Park & Zoo in 2009.